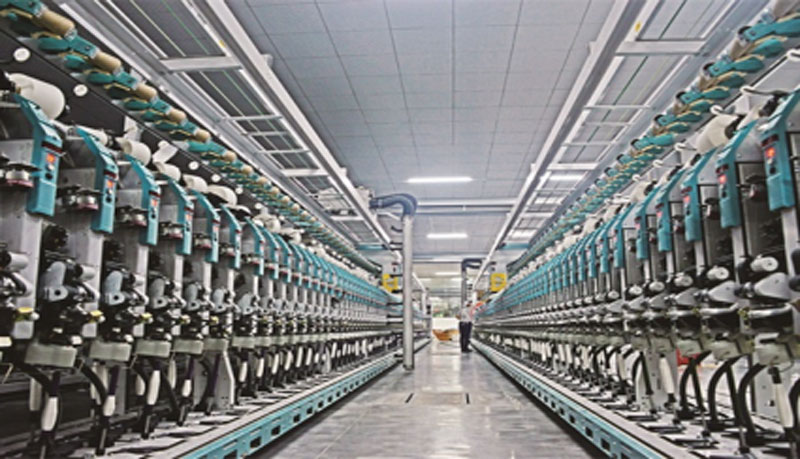 Reporters in the company's production workshop saw nearly 100 machines running at the same time, but there are only more than 20 spinning workers in front of the machine. Each process of spinning is mainly automated production by the machine, and the workers are mainly responsible for controlling the machine and dealing with machine failures. In front of the automatic winding machine, the reporter saw that the yarn is automatically wrapped into a reel yarn. When the yarn is broken, there is no artificial joint. The machine automatically connects the broken yarn together, and the yarn is of good quality without joint and defect. After the production of barrel yarn, the use of information intelligent terminal technology, through the photosensitive transport belt designated stacking, instead of manual handling, both safe and orderly.
The production line of the project is a demonstration project of upgrading and transforming the textile industry and developing with high quality. Under the care and support of Keqiao District Party Committee, District government, Qianqing Industrial Park Management Committee and various functional departments of the district, the enterprise has truly realized the application of automation, digitalization, networking and intelligent workshop construction, which is a new trend of economic innovation and development in the new era and promotes the regional economic development of Keqiao with new vitality and to a new level.The company has now obtained utility model patents. In June 2016, the company won the title of advanced collective of the city's textile industry.